Larry has extensive experience in both public and private companies in multiple executive and ownership positions.  In addition to being a resource for many institutional parties studying or investing in the offshore and other maritime assets and operations, Larry remains active on multiple corporate boards. Currently, Larry is a Director of Tidewater Inc. (TDW) following the exit of the Company from bankruptcy in 2017, a turnaround that Larry lead as Interim CEO. Tidewater is a leading provider of offshore marine support services globally. He was previously the Lead Director for Jackson Offshore, which was founded in May 2011, following Larry’s exit as a Director at GulfMark Offshore in 2010. Jackson Offshore is engaged in offshore marine support services to the offshore oil and gas business. Mr. Rigdon joined the GulfMark Board in 2008 following the sale of his business, Rigdon Marine Corporation, to the GulfMark that provides marine services to companies engaged in offshore oil and natural gas. Mr. Rigdon founded Rigdon Marine in late 2002 and served as its Chairman and CEO. He arranged $205 million in financing to design and build 20 platform supply vessels and eight fast supply vessels and crew boats. Rigdon Marine Corporation achieved revenues of $94.3 million and EBITDA of $49.0 million and income after tax of $13.8 million for the fiscal year ended June 30, 2008. At that date, the Company had a shore-based staff of 30 personnel and 280 mariners. The equity interests in the company were sold on July 1, 2008 for $275 million and GulfMark assumed $269 million in debt of Rigdon Marine Corporation. Mr. Rigdon was an Executive Vice President at Tidewater Inc. through 2002. He is also a Director for Professional Rental Tools, Inc. and previously served as a Director GulfMark Offshore Inc., Terresolve Technologies, Inc., Offshore Inland Marine Services Inc., the National Ocean Industries Association.  Larry is a graduate of the Harvard Business School’s Advanced Management Program and earned his BS in Accounting and Business Administration from Truman State College. 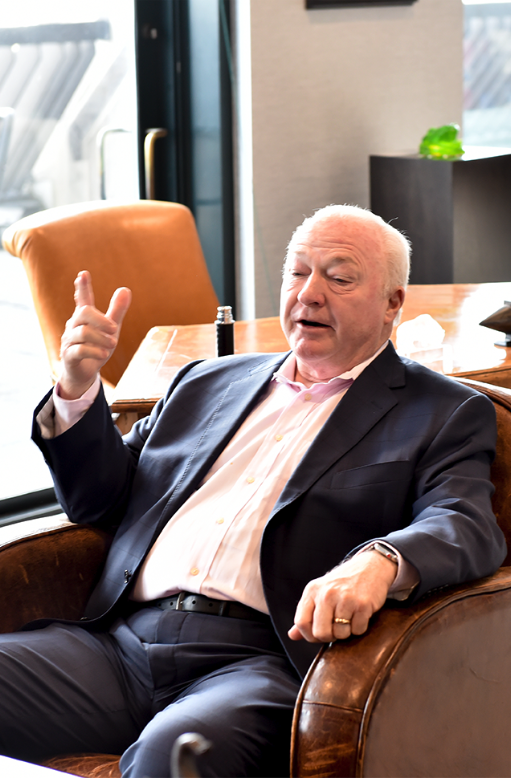